Currently pretending I’m at the beach… 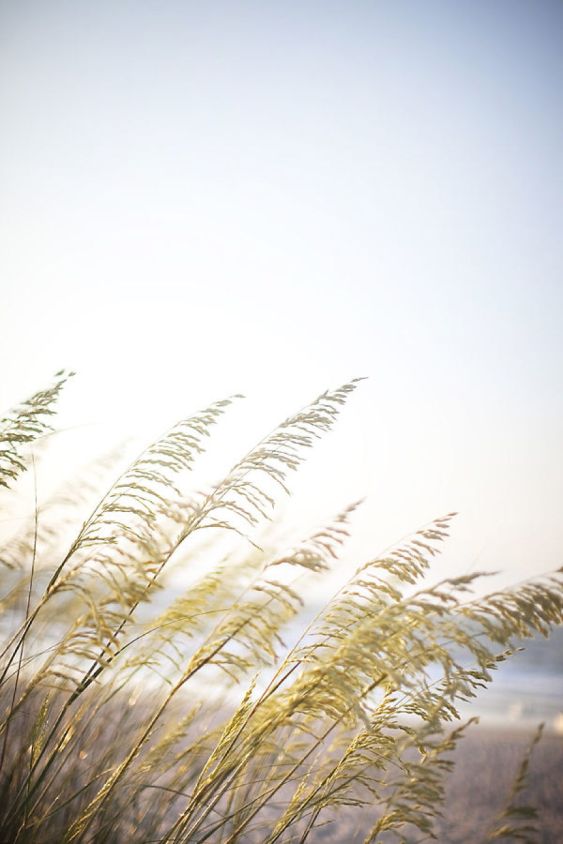 Komos Beach, Crete (photo by Eleni of My Paradissi): 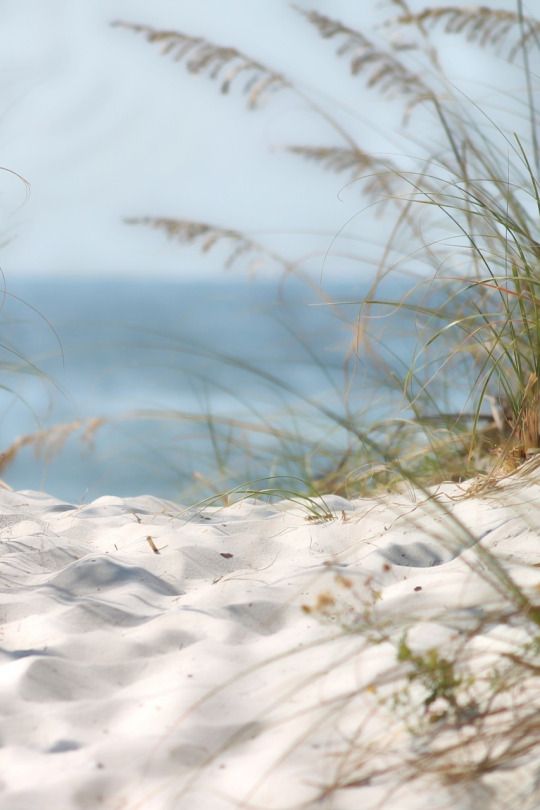 Got the first basket of peaches from my parents’ garden this week. Apricots, peaches and nectarines are the ultimate summer fruits on my list. Check out these beautiful recipes while I stuff myself silly with the bounty.

Ginger Peach Crumble by Ali of Gimme Some Oven:

Peach Pie by Megan of Hint of Vanilla: 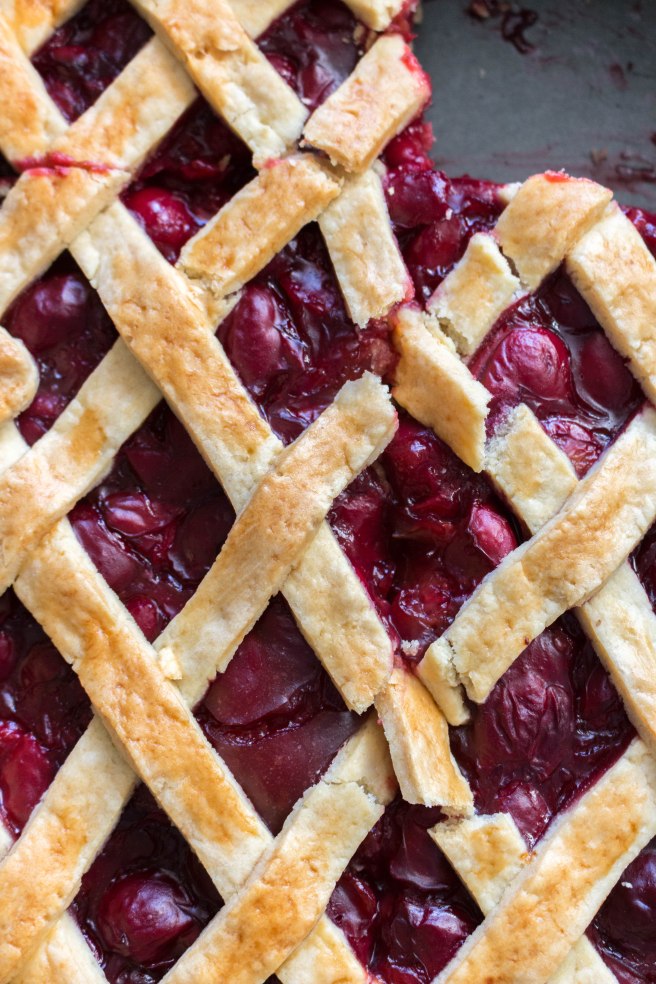 Pie. One of world’s favorite desserts, an affaire de coeur no matter where you live. Yet it only cleared on me know that I’m writing this post, that slab pies are quite under the radar over at your end in America. That needs to change!

When we use the word pite (pron. pee-tech) in Hungary, 9 out of 10 times it comes in rectangular form. Ditch your circular dish for once and try baking pie in a shallow, rimmed baking pan. It feeds more mouths with less mess ’n fuss, and with the bar outfit you get more crust too. Sensible. Yes, that’s the word for slab pies.

Side by side, sweet quark and sour cherry filled slab pies must be the most popular around here; almost every house in our neighborhood has a sour cherry tree in the front yard. My family moved from the capital to the suburbs some 20 years ago so ours is old now, but we still get a steady supply of the tart fruit year in, year out.

And so it pains me to see how my parents are the only ones there taking the time and effort to harvest the crimson-to-near-black delicacy when these are so sought after at the farmers’ market. Fresh sour cherries don’t show up often in stores as their shelf life is quite short: they bruise easily. That said, packages from the frozen goods section of the supermarket is your next best option.

More acidic and having greater nutritional benefits than sweet cherry, the sour type also holds its shape better when baked. And there’s no need to restrict lovely sour cherries to just pie either! Dry, can, freeze, or make jam from a batch to enjoy later in many kinds of sweet and savory dishes. 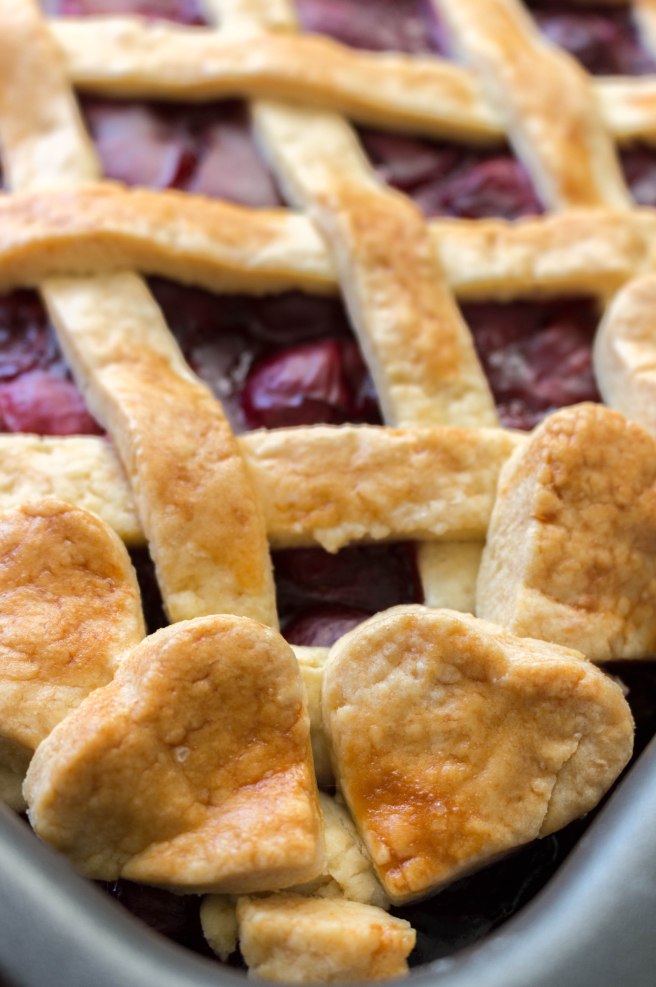 In this recipe, a little cinnamon goes a long way, and a woven lattice-top is making the pie visually pleasing. This crust recipe works with any berry or stone fruit that’s in season near you. Serve warm with a dollop of whipped cream or a scoop of vanilla ice cream, or cold after a good sprinkling of powdered sugar.

Yet another reason to love pie!

The #1 summer pie in Hungary, coming in a sheet pan.

Summer sale season is here! Grab your credit card and check out my top picks from H&M Home, one of my favorite sources for affordable home decor. Get these items now for less before they sell out! No need to step out in the heat even: your spoils will be delivered right to your doorstep. 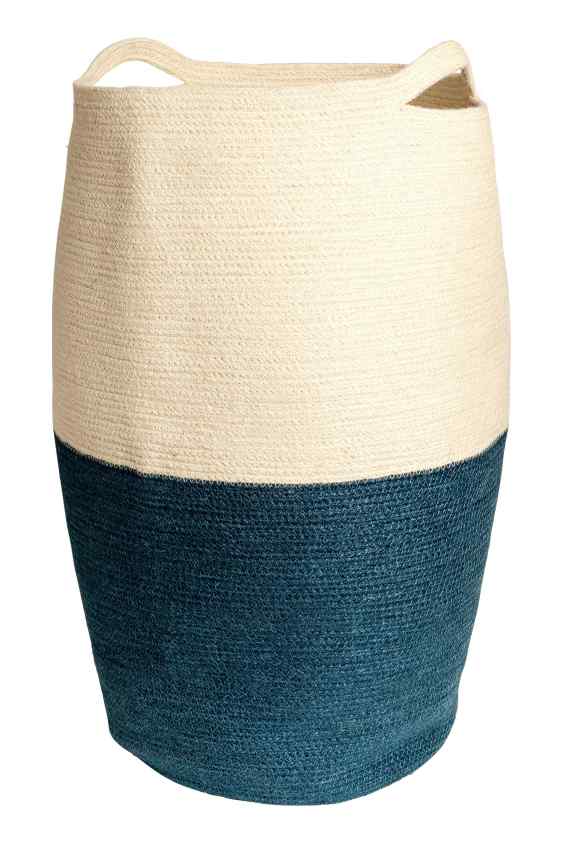 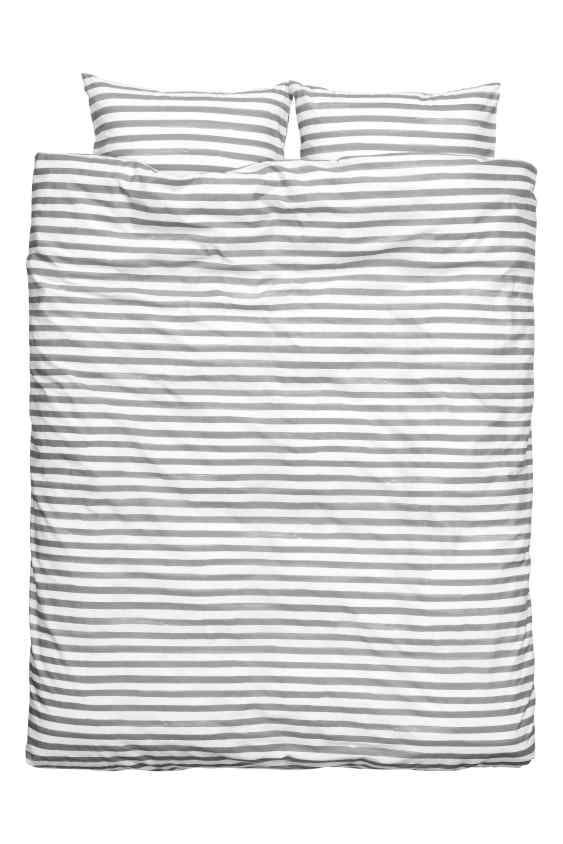 *Disclaimer: I like and use the products mentioned in posts on My Chest of Wonders. What I write about such items represent my genuine and unbiased opinion, I am not being compensated in any way through sponsorship or gifts.* 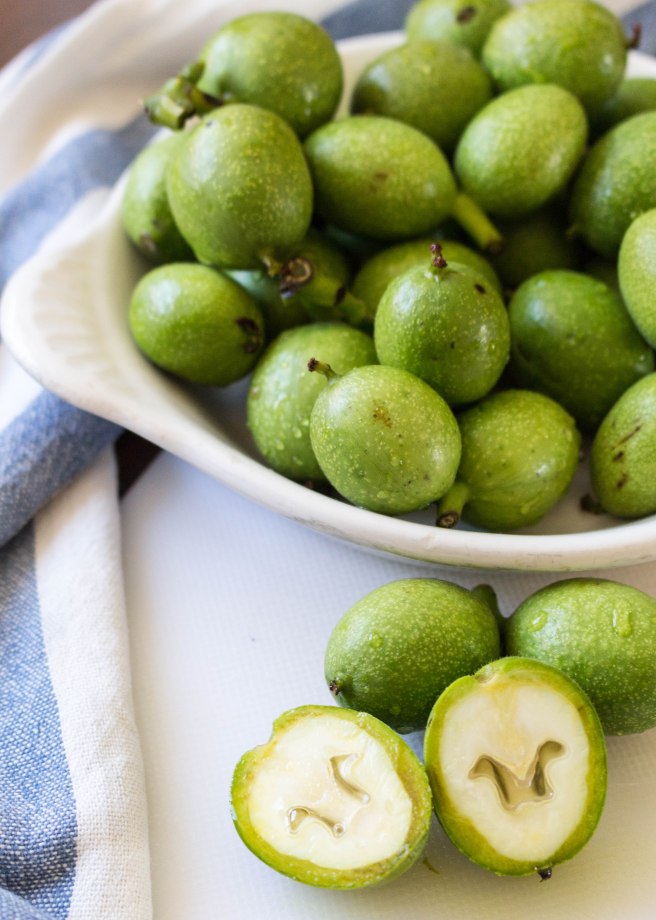 Sol (sun) and sistere (to stand still): the two Latin words solstice derives from. Celebrating the summer solstice, or Midsummer, is originally a pagan feast; June 24th was designated later as the holiday of Christian martyr St. John the Baptist.

Some pagan rituals continue to live on in Europe – during the eve preceding St. John’s Nativity bonfires are lit to protect against evil spirits, for witches and demons are said to roam freely during the shortest night of the year. It’s also believed that treasures are waiting for the lucky finder, and I believe green walnuts are among the prizes.

In Roman times walnuts were worshipped as Jupiter’s plant, even the gods dining on them. This time of year they are in their unripe stage, still green and immature, kernels just starting to harden. Perfect for making a traditional aperitif popular throughout the Mediterranean: greenwalnut liqueur.

I’ve first encountered this aromatic drink at the Croatian seaside where it’s called orahovac. It is available commercially, but everyone has a cousin, an uncle or neighbour making it by the gallon, and Dalmatians being hospitable as they are, you simply can’t go home from a holiday without a plastic bottle filled with the murky liquid as farewell gift/souvenir.

Nocino in Italy, nocello when in Spain, liqueur de noix vertes in France are the names to look for. These are basically the same drink, although the spices added vary from region to region, from family to family.

Folklore has it that for the best greenwalnut liqueur, barefoot virgins are to gather an uneven number of dew-laden green walnuts, which should then be left to dry by the bonfires of St. John’s Eve. Riiight… I decided to go with the uneven figure thing from these criteria and hope for the best.

Actually, making rich and intense greenwalnut liqueur is not difficult at all, but does require some patience. When I say some, what I mean is you’re supposed to wait 40 days first, and even after that you shouldn’t drink your elixir before November as it needs to mature.

If you somehow managed to hide it forget about it until late autumn though, besides the spicy and warming taste, perks allegedly also include fending off evil spirits of the night, remedy for eczema and curing sore throat. Different strokes for different folks, right?

If all this magic, tradition and benefits are not reason enough for you to give greenwalnut liqueur a go, fine, but know that the aforementioned evil spirits will hunt you down. Just sayin’. So, let’s roll up our sleeves and set about doing it! Not just figuratively, as the walnuts stain everything they touch. It’s highly recommended to wear rubber gloves and an apron.

Warm and spicy, ink-black liqueur infused with green walnuts from the Mediterranean.

With summer at the doorstep, I can’t help falling for everything linen. An essential hot season fabric, rustic yet breathable, cool, simple and beautiful. Especially in blues.

The Danish Stripe in Ink Blue, fabric by Peony and Sage: 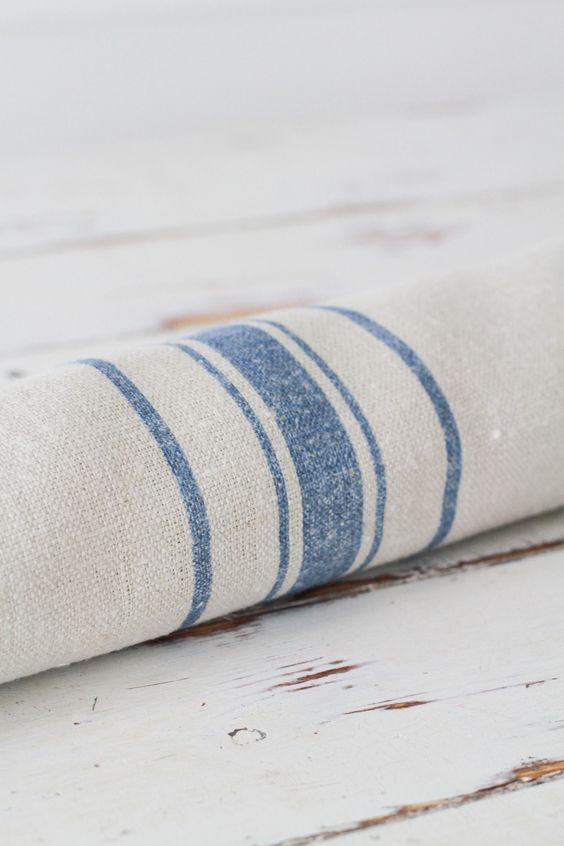 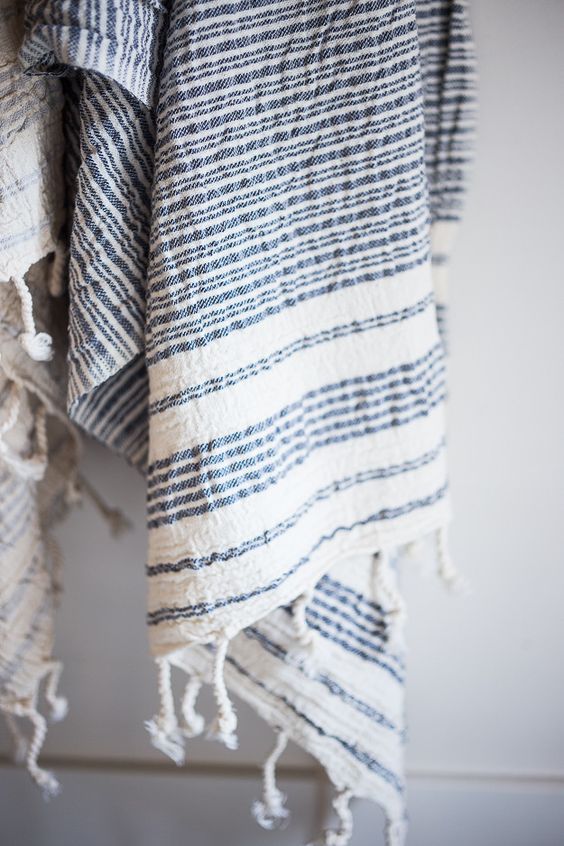 Placemats-turned-pillowcase by Chelsea of Making Home Base:

Hey June, welcome back summer! These shiny scales scream seaside vacay to me. Can we start packing already please? 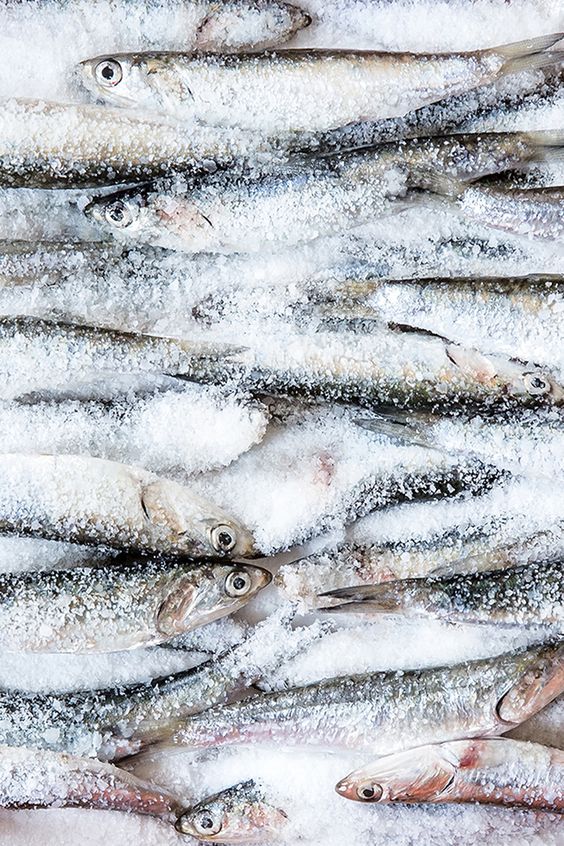 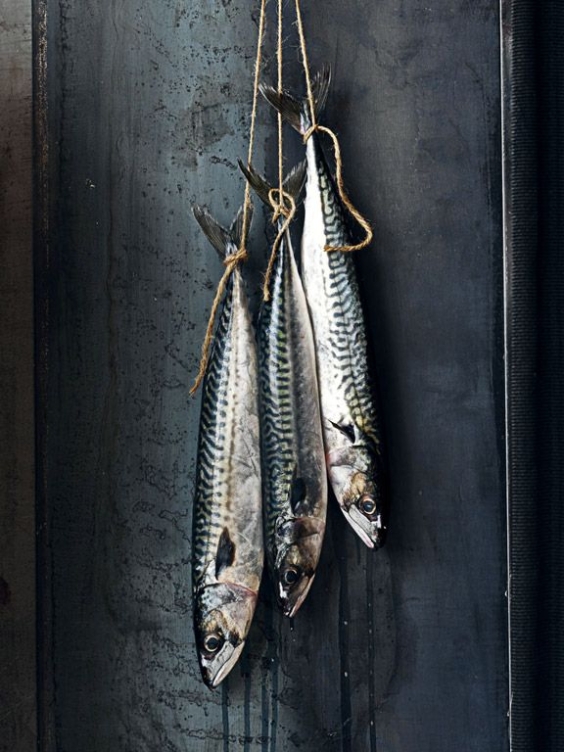 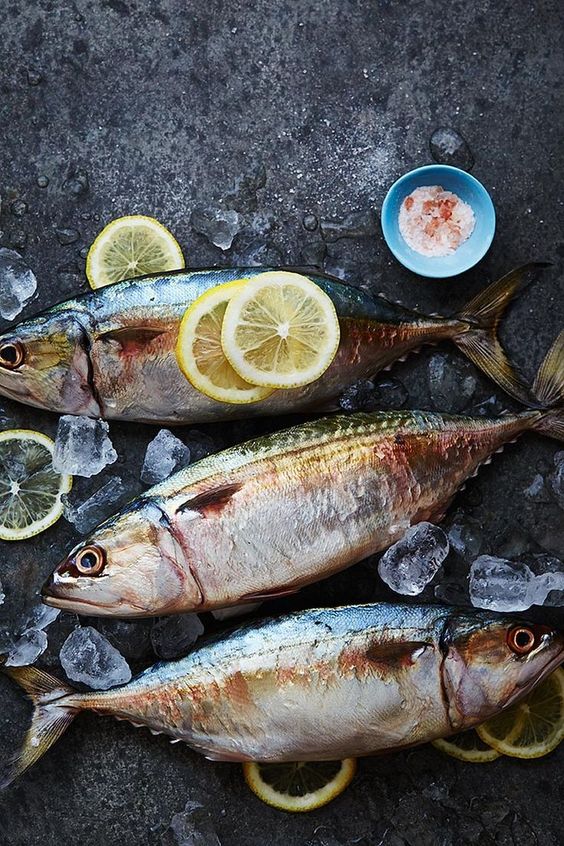 It’s here! Have you checked out IKEA’s new summer collection yet? I picked my favorites for you today. Absolutely love the textures and colors, can’t wait to get my hands on these beauties. Warmer days, we are ready for you!

SOMMAR 2017 beverage dispenser for all the cold drinks ahead: 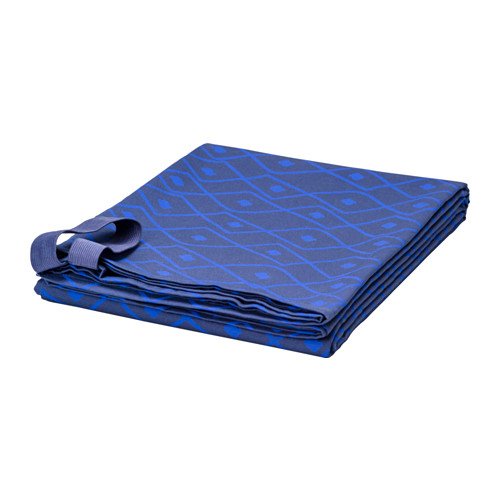 SOMMAR 2017 side plate, with a lively light-grey glaze: 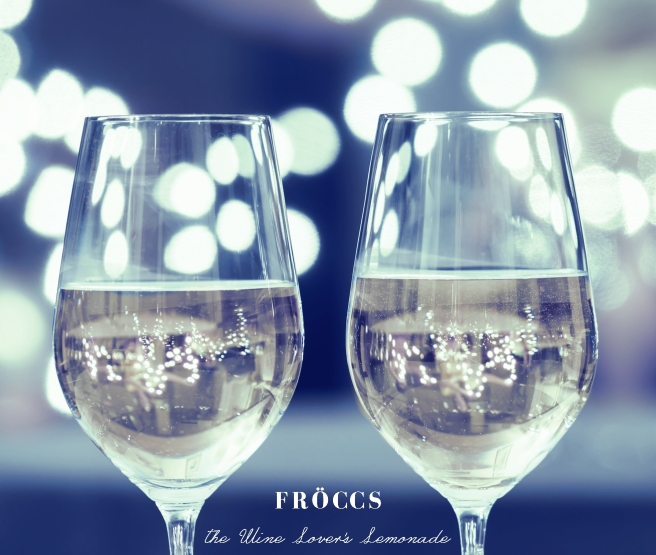 It’s hot, and when it is hot here in Hungary, we drink fröccs. It translates to spritzer, a mixture of wine and cool sparkling water which was invented in the cellar of Adam Fáy precisely 174 years ago and given its name by famous poet Mihály Vörösmarty, who happened to be there at the occasion. By the late 19th century the drink become widely popular, a staple that people of all walks of life drink in copious amounts with the same enthusiasm to this day throughout Central-Europe. Therefore, fröccs is a cultural thing that’s not to be taken lightly. If you ever visit the country during summer months and want to be de rigueur at all, read on!

We took to fröccs with the fervor of religious crusaders and after a long process of experimentation and sophisticated alchemy, today about 20 variations of the drink exist based on different proportions of wine versus water. Some puritans would scoff at the idea of diluting wine, but until a more refreshing drink is found, I will stick to my fröccs thank you. In short, it’s the best prescription to beat the heat. For all its variations and new-wave popularity, fröccs is here to stay so let’s get to know each other!

First, the wine. The belief that mediocre to awful wines can be made acceptable if some fizzy water is added is an inheritance of the Socialist era and should be forgotten for good. Although sweet, full-bodied, or barrel-aged wines are usually not recommended, quality is of great importance. Fruity, aromatic, and unoaked white wines and roses work best.

Next, the water. Chilled sparkling mineral water will do, but if you mean business and take your fröccs-drinking seriously, szikvíz or szóda (pron. soʊ’dʌ) as in common speech is the only acceptable way to go. Soda water is filtered, carbonated water in a special pressurized dispenser, known as the seltzer bottle. To describe the best temperature for both wine and water, we use the expression “cellar-cold” (8-15°C). Ice-cold water will ruin the experience. 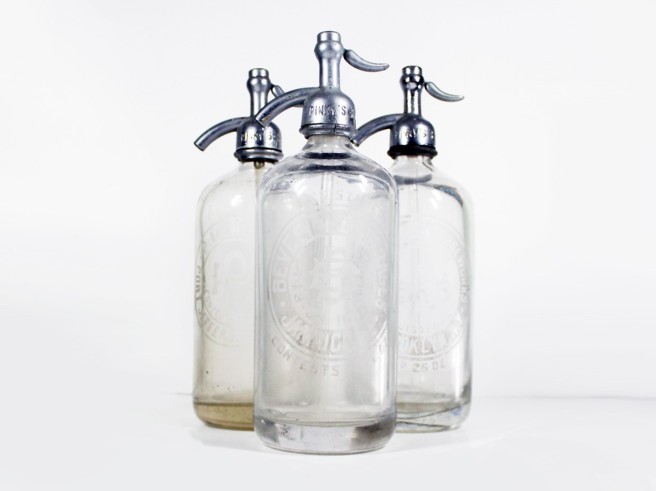 Onto mixing proportions. Consult the infographic below so you won’t be lost. The wine bottle and soda water bottle signs stand for 100 ml, so for example a small spritzer is made from 100 ml wine and 100 ml soda water. Sacrilege alert! If you ever encounter bottled spritzer (which I never have, but I hear such horror exists), please resist the urge! I mean, how hard can it be to mix two ingredients? Besides, the essence of fröccs-drinking is that it’s made on the spot, and everyone has a personal preference.

But how do I take the liberty to impart wisdom on such an important topic? Practice what you preach, they say. Both my parents’ families had vineyards located on the sub-Mediterranean slopes of Balaton Highlands, so we’re used to drinking our own crisp Reisling fröccs. Nowadays it’s either my uncle’s mildly fruity white cuvée from the same, mineraly terroir or a delectable rosé from the country’s southern Szekszárd or Villány wine region. Grandparents from my mother’s side also manufactured soda water in the 60’s using the crystal-clear spring water from the well at their property and transported it to local taverns on a horse-pulled carriage. Therefore, I think it is safe to say that my family’s fröccs-culture is quite advanced. 🙂

Do you feel like incorporating this simple beverage into your hot weather drinking?

Summer, after all, is a time when wonderful things can happen to quiet people. For those few months, you’re not required to be who everyone thinks you are, and that cut-grass smell in the air and the chance to dive into the deep end of a pool give you a courage you don’t have the rest of the year. You can be grateful and easy, with no eyes on you, and no past. Summer just opens the door and lets you out. 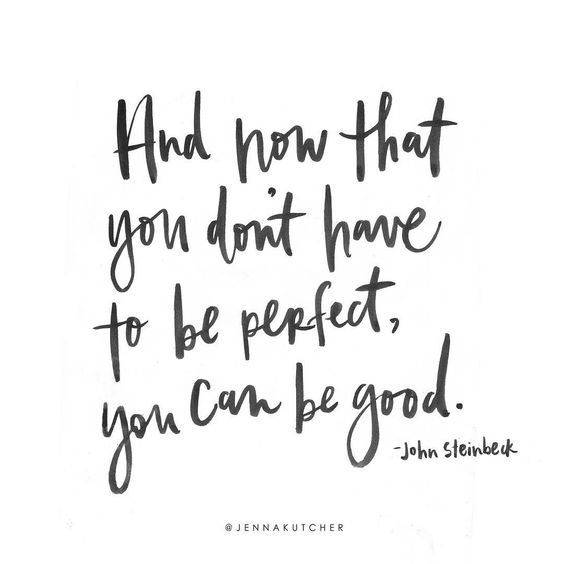 Take me to the beach to eat cake (photo by Beth Kirby):

Octopus (spotted on The Beach People): 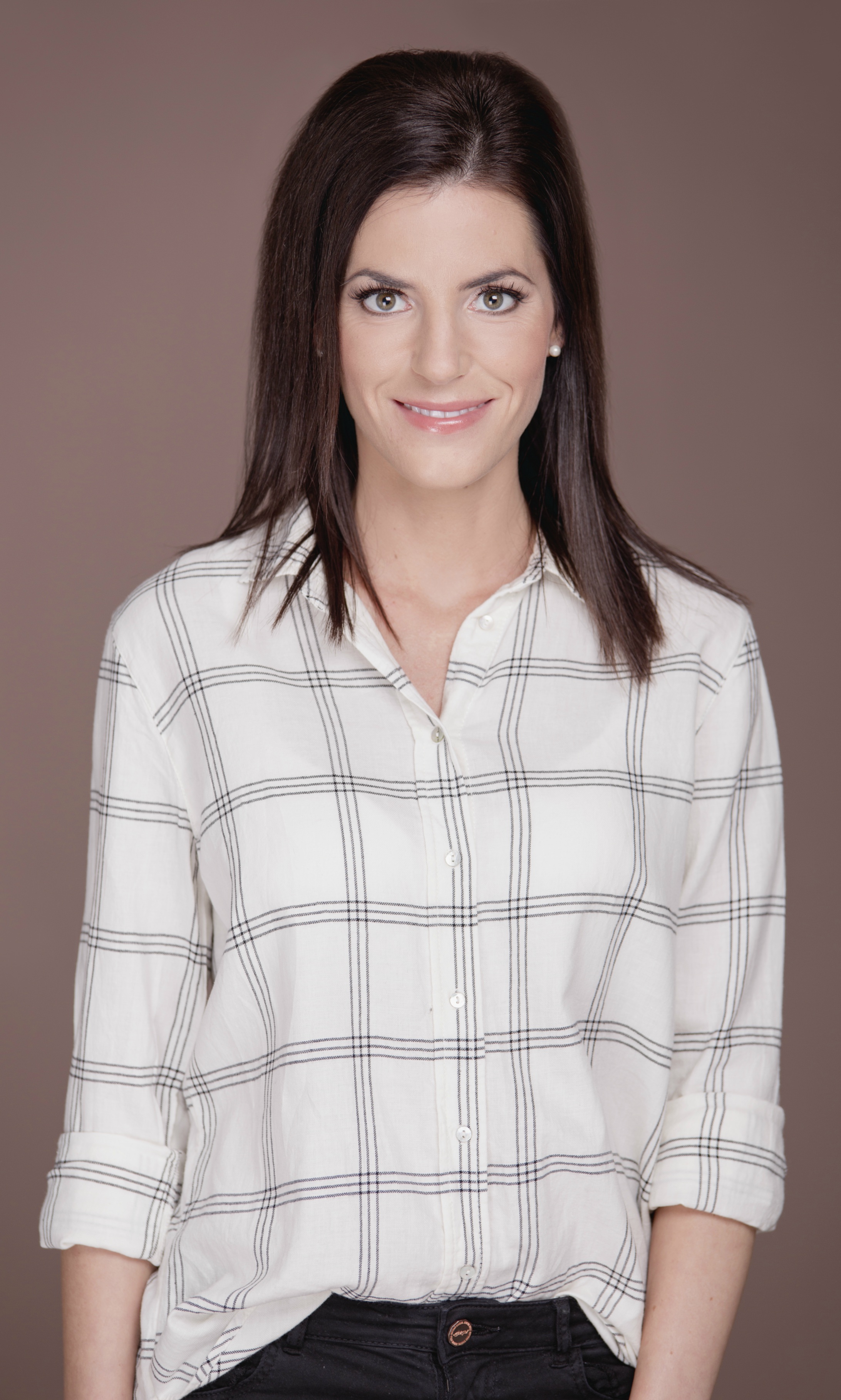 Hi, I’m Fruzsina from Hungary. Thanks for stopping by! Let me introduce you to my Central European world of delights.